The Barber and the Bomb

The film tells the story of the nail bomb attack at a Turkish hairdresser’s on Keupstraße in Cologne on 9 June 2004, focusing on the consequences for the victims and their relatives, against whom the main suspects had been investigated for years. The film reconstructs the investigations of the police on the basis of the interrogation protocols and it becomes clear that the victims were the most likely perpetrators for the police. An xenophobic motive was largely ignored. Only years later was the attack assigned to the so-called National Socialist Underground (NSU).

In an impressive way DER KUAFÖR AUS DER KEUPSTRASSE shows how profound the bomb attack, but also the suspicions afterwards, have shaken life in the Cologne district of Mülheim.

Just as in Cologne, in the other cities where the NSU murdered, the relatives and their environment were mostly suspected. The film opens the discussion on the question of structural xenophobia in Germany in a new way, namely from the perspective of those affected. 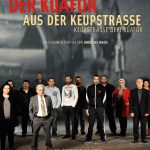 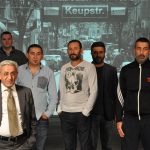 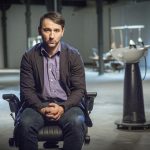